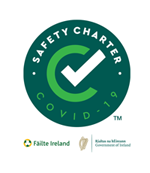 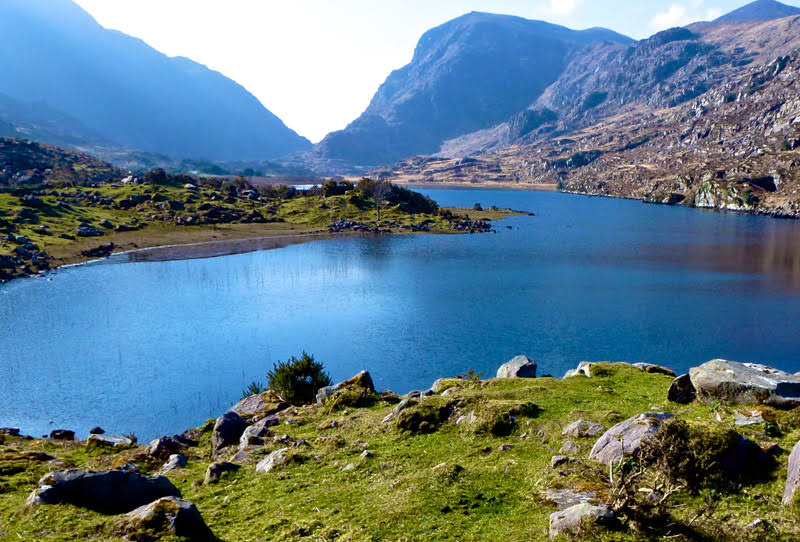 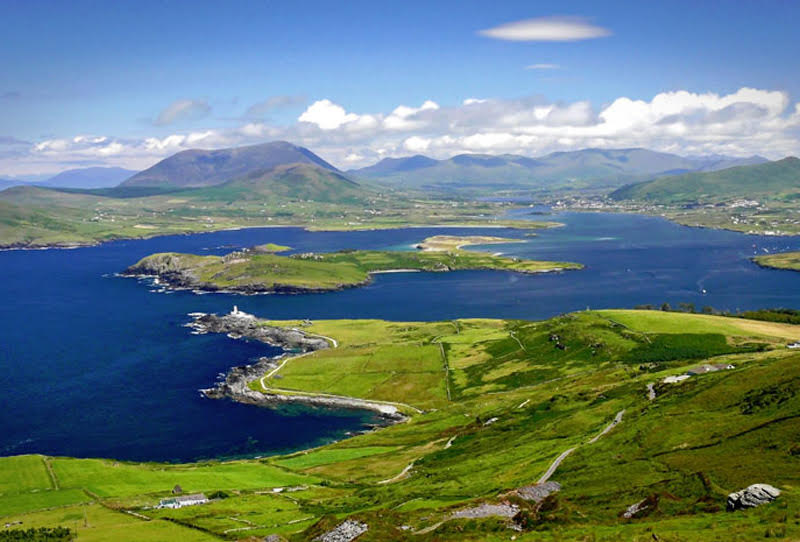 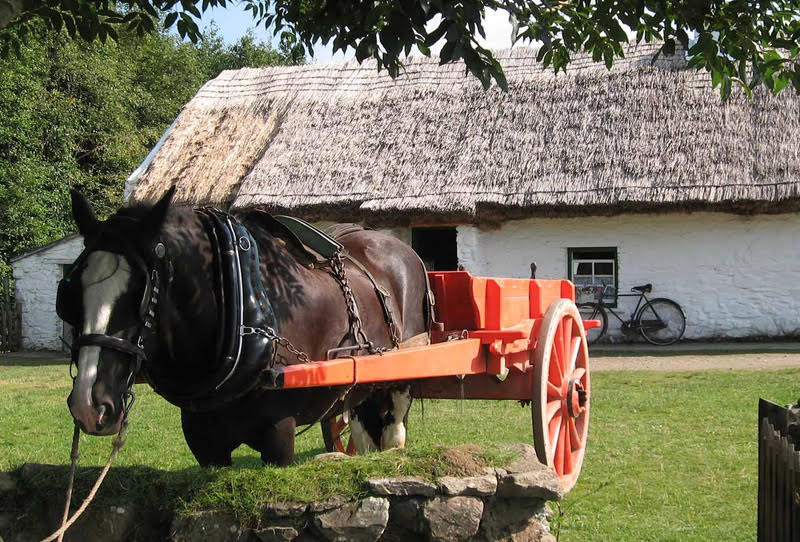 If you’ve come to Kerry for the scenery and the remoteness, you’ll certainly find them in Killarney; miles and miles of mountain and moorland where the heather and the bracken are broken only by the occasional lake ; smooth hills whose fragrant, tussocky  grass is covered with sea pinks, speedwells, thrift and red campion and that fragment into jagged rocks as they reach down to the lake shores.

Self  guiding  nature trails are a great way to explore Killarney and its environs. You can learn much about the interesting history, flora and fauna at your own pace. There are numerous trails to choose from. For  example, The Fossa Way, The Old Boathouse Trail or the Arthur Young  Trail  which takes you through yew  woodland and to the 19th century copper mines of the  Muckross  Peninsula.

Between 2007 and 2011, some 100 white-tailed eagles were brought from Norway and reintroduced to Killarney after an absence of 110 years.  Of the 73 survivors,   six have paired and hopes are high for the first chicks in 2013.  Watch   out   for  these magnificent birds on your travels with their 2.5 metre wing span and distinctive white tail, these  mature birds are highly visible.

Killarney is also a joy for the angler. Rivers such as the  Flesk, which flows into loch Lein , get a good run of spring salmon and a great run of peel. Brown and sea-trout enter the river around July. The river Laune  flows from the Killarney Lakes to the sea at  Killorglin.  It has excellent salmon, trout and sea trout.   Permits are necessary for the rivers and the stocked lakes.  A brown trout permit for the Flesk is €5 a day; salmon   and sea trout €30 a day.  No permit is required for trout fishing on the Killarney  Lakes.

No visit to Killarney would be complete without seeking out giant stags and their herds. The Red Deer in Ireland probably date from the end of the Mesolithic period (6,500 – 4,000BC) and were most likely introduced here by the first farmers. Today they roam freely in Killarney National Park. Each  April the stags shed their antlers.  The calves are born in June.  Look out also for the smaller Japanese deer with white rumps, introduced in 1861. Red Deer can be seen in Knockreer  Estate (opposite St Mary’s cathedral) or at Muckross,  especially early in the morning.

Beautiful hotel in a stunning location

We spent a wonderful few days at the end of July in Loch Lein. Annette and Paul were wonderfully accommodating and made our stay a joy. The room was absolutely stunning (so spacious), facing out onto a view like I have never seen. The food was fantastic and I looked forward to my strong freshly brewed coffee each morning. Super easy to get in and out of town, a stones throw away. I also had to do a little work while there and the wifi was excellent (a challenge I faced a few times visiting elsewhere in kerry) I couldn’t recommend Loch Lein enough, will definitely be back again!

My husband and I traveled to Loch Lein 9/27/19 – 9/28/19. This was my first time in Ireland and after 2 nights in Dublin we decided to head South to Kilarney. The drive was less than 4 hours and a beautiful way to see the countryside. We were referred to Loch Lein Country House by family who stayed there and our experience surpassed our expectations. Loch Lein is quiet, relaxing and beautiful. It’s location makes it feel as though you are in a private, remote, country treasure – but it is a quick drive to Kilarney, an adorable traditional Irish town with fabulous food and shopping. We also spent time exploring sites nearby – hiking Dunloe Gap and visiting the Muckross House – both I would highly recommend. Last but certainly not least is the hospitality of Paul and Annette Corridan who run Loch Lein. Their friendly and welcoming service along with the quality of the rooms and food will definitely bring us back.

Still a Great Place to Stay

We stayed here on our 2017 Ireland trip and found Paul and Annette to be wonderful hosts. Thus, it was a no brainer to stay here again when we decided to return to Ireland this fall.Noting about the place has changed. Our room on the second floor was clean, spacious and well appointed as was the bathroom which had both a tub and walk in shower (which could be a bit bigger). Breakfast had an ample selection of cooked to order items, e.g, omelets, eggs, bacon, sausage, full Irish, waffles, cereals, pastries, etc but you could modify the menu items upon request. Coffee (pot left on table) was excellent. We did heave dinner there one night (not always available). We started with the prawn cocktail while my wife had the monkfish and I had the gnocchi for our entrees. The monkfish was excellent while I found the gnocchi to very good.

We have been full time wanderers for 6 years so we know what makes up our perfect stay…and this was it! I truly can’t say what the best part was because Paul and Annette ticked every box. They are such nice people and the perfect hosts. The lakeview room far exceeded expectations with a fantastic view, comfortable bed, comfortable seating, great shower, and all the little touches to make it “home” during our 4 day stay. Breakfast was delicious. Add to that the convenient yet quiet location and the reasonable pricing and you have a place we didn’t want to leave. I wouldn’t hesitate to stay here again!

The room was lovely, very clean and the bathroom was luxurious. The staff are lovely and the food is great! 10/10 would recommend. The view of the lake is absolutely beautiful and I would recommend walking around the grounds for some nice photo.